The proposal, which Murphy’s office claims is the only one in the nation that calls for a complete ban on these sites, has been a hot topic since it was introduced February 9, according to the Daily Herald. The bill has since been referred to the Illinois General Assembly Senate Rules Committee.

It should be noted that the U.S. Senate is again considering a law that jeopardizes E-rate funding for libraries that do not limit minors’ use of social networking sites-a replay of the Deleting Online Predators Act (DOPA) of 2006, which passed the U.S. House of Representatives by 410-15 in July 2006 but died in the Senate. Proposed laws in Georgia (S.B. 59) and North Carolina (S.B. 132) go after the owners of social networking sites and would force them to prevent minors from creating or maintaining a Web page without parental permission. Companies would also be required-in those two states-to allow parents or guardians to have access to their children’s pages at all times.

Murphy’s live online discussion will be held 5:30 to 6:30 P.M. Thursday at his blog, http://senmattmurphy.blogspot.com. The freshman senator will answer questions people have on his bill.

“The intention here is to advance a dialogue about the role the state can play in helping parents protect their kids,” said Murphy.

Last year, the U.S. House voted to require schools and libraries receiving E-rate funds to block access to social networking sites, but the measure was never considered in the U.S. Senate. Murphy said the federal talks are one impetus behind his proposal.

ILA members are urged (1) to participate; (2) be respectful but firm; (3) focus on education as the answer; and (4) develop your own talking points, i.e., use your language, your local examples, but read and think about the following talking points:

Talking Points
ILA supports the goal of protecting children from online predators. One of the primary concerns of the library community is the safety of children. We know that the best way to protect children is to teach them to guard their privacy and make wise choices. To this end, libraries across the state offer instruction on safe Internet use.

1) Education, not laws blocking access, is the key to safe use of the Internet. Libraries and schools are places where kids learn essential information literacy skills that go far beyond computer instruction and Web searching. Indeed, Senate Bill (SB) 1682 would block usage of these sites in the very environments where librarians and teachers can instruct students on how to use all kinds of applications safely and effectively and where kids can learn to report and avoid unsafe sites.

2) Limiting access to social networking sites in schools and libraries will have little impact on the overall problem since young people access these collaborative sites from many locations and over a period of time. If children are going to get into trouble online, chances are it won’t be at school or at the library. They’ll be home, they’ll be at a friend’s house, or they could even be using their mobile phones completely apart from adult supervision. Schools and libraries are relatively protected environments where adults are never far away and, for the most part, computers are in public locations that make it difficult for users to hide what they’re doing.

3) While seeking to protect children from predators, Senate Bill (SB) 1682 would impact a wide range of social networking sites that are used daily by millions of Americans. Senate Bill (SB) 1682 is much too broad. It proposes to block access to beneficial collaborative Web applications and resources.

4) Senate Bill (SB) 1682 ignores the value of interactive Web applications. New Internet-based applications for collaboration, business, and learning are becoming increasingly important, and young people must be prepared to thrive in a work environment where meetings take place online, and where online networks are essential communication tools.

5) Local decision making — not state law — is the way to solve the problems addressed by Senate Bill (SB) 1682.

6) Senate Bill (SB) 1682 would restrict access to technology in the communities that need public access most. Senate Bill (SB) 1682 denies the students and library users in schools and libraries in the poorest communities from accessing appropriate content and from learning how best to safely manage their own Internet access in consultation with librarians and teachers.

7) School officials note they are faced with a new problem of monitoring students’ and teachers’ use of the Internet on personal laptops on school grounds.

8) Libraries do need help to accelerate their efforts to provide Internet and information literacy education and safety programs for kids, teens, parents, and caregivers. If people were more well informed about social networking sites and knew and used basic Internet safety tips, the cloud of fear may decline and that success rate for sexual predators will be dramatically reduced. We need your help, Senator Matt Murphy, in funding an educational campaign now. Will you support us?

For additional information on this topic, please read “DOPA and the Participation Gap,” October 2006 ILA Reporter, pp. 16-21. Available at http://www.ila.org/advocacy/pdf/DOPA.pdf

Next ILA Executive Board Meeting
A half-day strategic planning meeting will be held on Thursday, 22 February 2007, 1:00-5:00 P.M. at Metropolitan Library System, Burr Ridge. The next day the ILA Executive Board will meet at the same location for its Friday, 23 February 2007 meeting, beginning at 9:00 A.M. Meetings are open and attendance is welcomed. 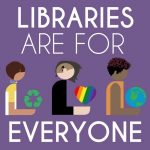