Skip to content
Home » Information Professionals » Is That a Bun in Your Hair, or Are You Just Happy to be a Librarian?

Almost three years ago, during the first week of my shift from urban elementary school teacher to urban library associate, I begged my coworker to quiz me on the subject areas of the Library of Congress system. In the ultimate display of faux-librarian nerdiness, in my lap, I held handwritten LC flashcards. I was determined to become a librarian as quickly as possible, and I was willing to undergo a little on-the-job training to get there. In that symbolic display of enthusiasm, I had taken off my appliqué teacher sweatshirt, and donned my horn-rimmed glasses. My coworker, as a recent graduate of Dominican University’s Library Program (and quite honestly looking the opposite of what a librarian should; with his motorcycle jacket and shiny shirt), turned to me and laughed. With an amused shake of his head he replied, “Hey smarty-pants… all you really need to know is that the call number for “snakes” is QL 666, and you’ll find religion in the BS’s!” Although this was an over exaggeration, his joking foreshadowed the changes that were occurring daily in libraries across the country.

And so my reeducation continued: I was forced to constantly rethink my assumptions about my job and embrace the reality that I faced daily as a public librarian. I loved learning the power of our (now extinct) command-based online catalog, yet I was baffled by my first interactions with filter-free public-use computers and their very “personal” use. I also got to know various community members and their physical and emotional needs. One woman, who still comes in today, provided me with one of my favorite library stories: About two months after I had started, she came in with an ace bandage on her arm, and asked for books about bones. My coworker and I both assumed that she wanted to know more about sprains and breaks. As we brought out various medical resources, she continued to shake her head. “No, no! Books about dinosaur bones to help me with my arm!” She exclaimed. After minutes of confusion, we finally asked her if she had seen a doctor about her condition. She nodded vigorously. When asked what the doctor had said about her medical issue, she looked both of us straight in the eyes, paused, and then enthusiastically replied, “Schizophrenia!!!” At that point, as I attempted to keep a straight face, all my assumptions about librarianship were immediately shattered.

It wasn’t sterile or perfect. In fact, librarianship was messy, subjective, and heavily
customer service oriented. At the point in which I made this discovery, I shook out my hair and began to embrace my former experiences. During this time, my earlier careers began to creep into my daily adventures at the library. My training as a flight attendant brought out my “Oh, may I bring that to your seat?” instincts, while other times, I felt as though I was secretly using my library position to make up for feelings of guilt and frustration I held about leaving the teaching profession. Yet, in this new career, I felt peaceful and effective. Because of the constant stream of new questions and patrons, and the instant gratification I received from helping them, I was reassured that I was in the right profession. I was one part teacher, one part social worker, one part librarian, and occasional bathroom cleaner-upper. It wasn’t quite what I signed up for, but instead, it turned out to be better. After a year of these experiences, I realized it was time to go back to school.

Embarrassingly, I have a secret. As I shamefully hang my head, I will admit to the annoyance that I felt when the time came to go to library school. I knew that I would have to get my MLIS to be promoted to a “real” librarian position, but two years earlier, I had received my graduate degree in another subject. Perhaps due to the exhaustion of my attempted teaching career, I believed heavily in the realities of on-the-job training. In fact, with the diversity of experiences I had at my branch, I couldn’t imagine what library school could teach me that I wasn’t already learning from my staff and patrons.

When I stepped into my Introduction to Library and Information Science class, I arrived with
a slight chip on my shoulder—I was willing to grow, but at that point, being a librarian meant honing my skills to promote better outreach and programming at my branch and library system. Yet, in late Fall of 2005, and, quite suddenly for me, “librarianship” changed, and as a result, the focus of my career shifted.

In November of 2005, I attended the Scholars In Residence program at the Chicago Public Library. When I walked out of the auditorium, I was a different person. A dazed and goofy look possessed me, and under my breath I could be heard muttering, “I feel as though I’ve met Bon Jovi!” Within a week after the event, my classmates in my intro class were sick of hearing my theme song of wiki-wiki-blogger-blogger-flickr-flickr-MYSPACE! Unknowingly, I had fallen into the cult of “Library 2.0.”

I am not tech-savvy. I would never hire myself to design a professional-looking website, or create a complex database. Yet, during the last year and a half, in library school, I have had the opportunity to experiment with new technology. Like my classmates, I have read enough Library Crunch , The Shifted Librarian, Tame the Web, Librarian in Black , to now nonchalantly toss out terms like, Open API, Casey Bisson’s WPopac, and open source . In my time at Dominican, I learned HTML, Dreamweaver, Greenstone Software for the creation of online digital galleries), I wrote clunky metadata and contrasted that with tagging, I created wikis for class projects, joined MySpace, and I fell in love with a the slightly clunky beta version of Google Docs and calendars.Through a gradual exploration of these resources, I am committed to using them to create and promote a user-centered library that will continue to serve the public in ways that are forward-thinking and relevant.

Without realizing it, my classmates and I have adjusted quickly to the expectations of this Library 2.0 world. Suddenly, writing a paper without the ability to hyperlink or comment feels incorrect, cumbersome, and a lot like busywork. A twenty-page research paper has lost its purpose without reflective discussion imbedded directly in the document. Web 2.0 has dramatically changed our expectations for the work we do. Perhaps we are now spoiled with the sense of self-importance that this interconnectedness has allowed; nevertheless, it is the reality that we have embraced. Information in a vacuum—like a simple print document, or a password restricted Blackboard posting, does not provide the strong context for learning that open posting or a wiki can. In my just-under-two years at Dominican University, words that used to form concise and meaningful sentences have now taken on a blurry, complex significance. Words like scholarly, authoritative, information, online resources, research paper, document, library, and librarian, have weighty and multifaceted connotations. Web 2.0 has changed these concepts into dynamic, experiential abstractions. In this constantly shifting framework, both new and experienced librarians will struggle between the security of the older definitions, and the excitement of the future. In one of my favorite reflections on this topic, John N. Berry III, in his piece, Information Trust , touches on the emotions that lurk in the background when discussing these complex issues.

When I began library school, I fully intended to work as a children’s librarian. But in recent months, I have realized that I might be more useful in other capacities. With my teaching background, I have become an advocate for instructing patrons in basic computer skills and the responsible use of these new technologies. Unlike teaching in the public schools, which possessed me with an angry intensity, I feel excited and purposeful about finding new ways to incorporate what I have learned from my classmates, professors, and mentors on the internet. Unlike how I thought I’d feel during my last semester of library school, I will be graduating from Dominican with the understanding that I am imperfect,
transparent, and continually evolving. The bottom line is that I am better librarian as a result of blogging, blogs, and wikis. Through trial and error, and discussions with my peers, I hope to become an even more thoughtful librarian, and a more educated library leader.

Note: Although I attempted to keep up a blog, during school, it just didn’t happen. I hope to start up my new blog, Library Basics and Beyond, as soon as I graduate this summer. In the meantime, I can be found on MySpace. Thanks to all my classmates and professors who have pushed me to rethink “all of the things that I thought that I thought!” 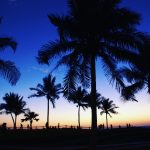 5 thoughts on “Is That a Bun in Your Hair, or Are You Just Happy to be a Librarian?”