Adrian Mixson, Library Director at Hall County Library System weighs in on an article about recent library trends in Governing via the library’s e-link newsletter:

I subscribe to Governing magazine electronically and usually read it shortly after the monthly is released. If you are not familiar with the magazine, it is probably the best publication currently out that addresses the most crucial issues facing state and local government. The June issue featured an article entitled Revolution in the Stacks: to appeal to a new generation some libraries are positioning themselves as places to create content, by Christopher Swope; pshew,  but that is one long Library 2.0 subtitle.

Every new generation of librarians feel they are on the most cutting side of service. Many have yet to fund change so they fail to understand why institutional change can be slow. They have yet to learn that a measured response is much better than being a leader of the pack. They are frequently not held responsible when change is not successful so they risk nothing.

I salute the leaders of the pack. They get us thinking in new ways. Thank goodness for DOK, PLCMC, Georgia Tech, HCPL, Darien, etc. But I would agree that all libraries do not have to live at the bleeding edge of innovation. I urge those folks to follow the innovators and implement change when the time is right.

Here’s the link to Governing: http://www.governing.com/articles/0806libraries.htm

I have seen a lot of change in 30 years as a practicing librarian. Most of what gets passed off as new customer service ideas is just old ideas repackaged as new.

The ease of creating of digital information, the endless flow of ideas from the “crowd” of bloggers, YouTubers, Facebookers, etc, and the possibility for interaction online locally as well as globally has changed the way many folks do business, interact with government and engage with non-profits (among many others) cause me to disagree. We could never connect in the ways we can now. The mob is smart and it’s not going away.

Most of the real change comes in how to provide service with new formats. Just think of the challenges in how to store cassette, CD and long playing record versus book. If you ever handled ultrafiche – which put the Bible on a piece of film the size of your thumb – you begin to understand the interplay of lighting, electricity, equipment and patron use with the introduction of a new format. Unfortunately most of us cannot change library space at whimsy.

I’ve seen libraries that have created easily changeable spaces as they look to the future. Hopefully, more will follow suit when the time comes for new buildings or renovation. Planning flexible spaces may be one of the most important things we do as we go forward, including lighting, electricity and patron use. Part of that involves changing the mindset about what a library building is and could be without focussing on not changing because of space/facility.

Librarians have always worried about losing the young adult reader and needing to provide new services and space to keep them coming back. This is not new. I once chased a fellow out of a library for skating about on roller blades. I know if we had made the main stairwell a roller blade park, the kids would have been there. I would have probably bought a coke and sat during lunch watching them jump on the stair rail and skate down. I just did not think this was the creative content appropriate for the location.

I’m reminded of Stephen Abram’s take on skateboards. It isn’t new but boy do I worry about how some teens are treated in some libraries.

There are new ideas about library service and some sound like fun. If you just convince your elected officials to give this library the money, we will be Wii-ing, You Tubing and blogging with the best. But libraries are still the bastions for ideas and they are important, and if at any time you feel that is not so then try reading Azar Nafisi’s Reading Lolita in Tehran. Somewhere on this globe people still die for a good book!

Ideas are important! All kinds – including those shared on a library blog or via a library YouTube contest.Or between strategizing youth at a game competetion hosted by the library. I hope the folks of Hall County respond that maybe some Wii, a blog and such might be useful. I’d especially think the young adult librarians there might find such tools useful.

Maybe the resources that will come from the $1 Million grant from Verizon to ALA for gaming will help folks understand the importance of this trend in libraries:

“In today’s technology-driven world, where learning does not stop at the classroom, the role of libraries in supporting literacy and learning is more critical than ever before,” said Verizon Foundation President Patrick Gaston. “Gaming for learning presents a tremendous opportunity for libraries to further literacy skills in children as well as adults.”

Maybe allocating just a bit of the Hall County Library budget for emerging digital tools for literacy and some exploration of Web 2.0 might be just the ticket for this library’s staff and ultimately, its users.

I’d post these comments about Mixson’s letter at the elink newsletter site, but I see no way to do so. 🙂 I think I need some time anyway to ponder these points further. Take a look at the letter, and let me know what you think. 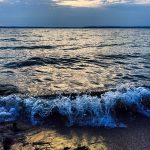