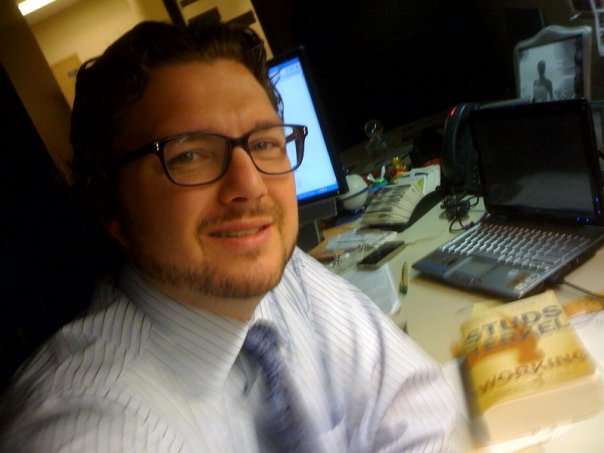 I have heard reports of the demise of libraries and librarians since I first entered library school over thirteen years ago. I tend to not pay much attention to them, but in the last few months a couple articles followed by personal experiences have caused me a bit of concern. The first was Rick Anderson’s guest editorial in the Journal of Academic Librarianship (July 2011, 37:4) where he argued that we have valuable services, but students and faculty don’t really care. Second, was the blog post by Mike Shatzkin (http://www.idealog.com/blog/it-will-be-hard-to-find-a-public-library-15-years-from-now) where he argues that big picture trends are going to push libraries and librarians out of existance. I do not necessarily buy his entire argument, but after that I was shocked to read that there are one third less librarians today than there were in 1990 (An analysis using 120 years of census data by Sydney Beveridge, Susan Weber and Andrew A. Beveridge, http://blog.oup.com/2011/06/librarian-census/). I was astounded by this. But, the icing on the cake was the conversations I had with a few friends.

The first conversation was with my former roommate’s father-in-law. We were in Oak Park (Illinois) celebrating the third birthday of my roommate’s son. It was a warm July day, and the father-in-law and I were hiding in the shade with cold drinks. He is a researcher at a medical school at a major research university in the Chicago-area. Even though he and I are in very different parts of higher education, we always enjoy talking shop—budgets, grants, students, publications, research—always interesting conversation.

Naturally, our conversation turned to libraries, and I have to say I was a bit surprised when he asked, “So, will there even be a need for libraries in the future?” He asked it in a way that assumed there would not be. My shock must have shown, because he fumbled a bit and tried to say something reassuring.

I asked him if he used his library, and he said to me that he couldn’t remember the last time he had actually been in a library on campus. I asked him if he had used the library’s website. He said, “Oh, yeah. All the time. I search it constantly. Probably once a week at least.” For him, it seemed that the building was something different than the website, which were both something different from librarians.

To answer his question, I assured him that libraries were stronger than ever, virtually and physically. I told him that the articles he accesses in his office did not just magically appear out of the ether, but that there were people who had to make tough decisions about what to purchase. I also promised him that there were absolutely librarians on his campus who were dying to give him more help than he could possibly imagine. One phone call, one email, one visit and he would find the best research partners imaginable. I told him that he just needed to take the Pepsi challenge and give his librarians a call. He chuckled at this, and I am sure that he has not contacted anyone from his campus libraries.

I have thought much about this conversation over the last month. I have played it back in my head.  I am struck by the apparent disconnect in his mind between physical space, website, and library services. To me, these things are all critically intertwined into an essential service at the heart of the academic machine. To him, these are loosely connected entities, most of which he did not need since he had the convenience of the PC in his office. He did admit to me that he preferred to research in his office as opposed to home because “things just seemed to run smoother on the campus network.”

A few weeks later, my family went camping with some friends. Two of whom are researchers. One is an economist fighting his way through the tenure process at a major research university in the St. Louis-area, and the other is an atmospheric chemist who is an independent contractor that works closely with several university researchers. I asked them about their library use. They both agreed that the information they access regularly is not available for free on the web and that libraries were absolutely vital to their work. In fact, the chemist sheepishly admitted to me that he gets campus log in information from friends so that he can still get to expensive databases for free. However, they both agreed that they hadn’t spoken with a librarian (besides me) since they first entered graduate school. They assumed that librarians were on campus to work with undergraduates. I told then that was only part of our work.

Now, I am sure that libraries are not going to close up shop anytime soon, but I do think that there is cause for concern by those of us who hope to work in this profession for the coming decades. This concern was captured by Rick Anderson in his editorial when he said, “Eventually the term ‘library’ becomes an honorific attached to a building, rather than a meaningful designation for what happens inside it” (p. 290) For us, we offer services that we believe complement each other and provide a range of support for researchers. But, our patrons do not necessarily see it this way. As Anderson also said, “Value that is not valued is not valuable” (p. 289). Obviously, it is on our shoulders to continue to advocate and reinvent libraries to better serve our users. But, frankly, that’s what I feel like I’ve been doing for the last decade.

————
(By the way, you can read Gary Price’s response to Mike Shtzkin here, http://infodocket.com/2011/04/07/the-globe-and-mail-mike-shatzkin-in-montreal-libraries-dont-make-sense-anymore/.)

Troy A. Swanson is Teaching &Learning Librarian at Moraine Valley Community College. You can follow him on Twitter at @t_swanson.