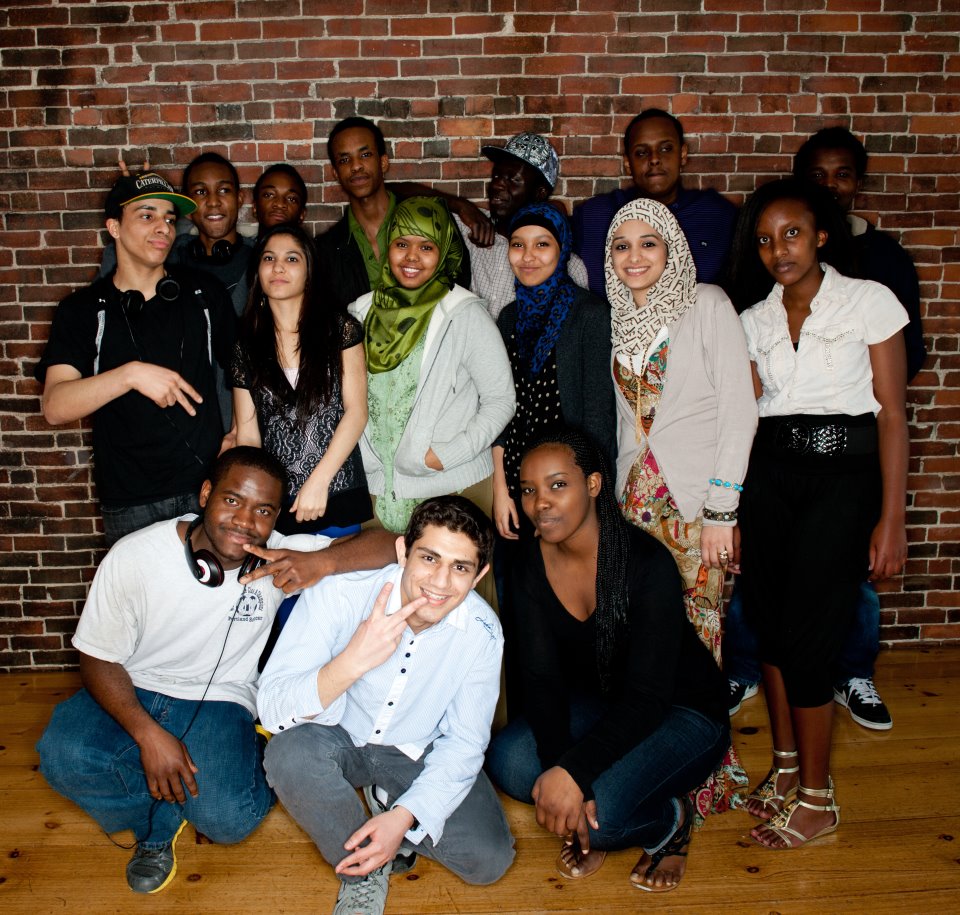 Their goal is to take their film and the fifteen teen participants on a trip to Boston and  spend the day in the city visiting a sister writing center, pairing up with Boston-area young writers, and holding a screening of the film in a  film house that holds 250 people followed by a Q&A with the Young Writers and Leaders students.

Over the past two years, I’ve come to know a lot of these teens one on one from my time with them in the library.  As I sit and write this, I see Ali sitting in a study room in front of me listening to music and working on something even though it’s spring break this week.  Just this morning, I met up with Chrispo and gave him a drum set that I had sitting around collecting dust in my storage unit.  He’s been wanting to play drums for years now and used to use garbage cans at the open mic events we held in the teen library in 2010.  I remember having many talks with Edna at the teen service desk just one year ago about her librarian-ish obsession to categorize, archive, and color code all of her homework in a specific brand of Office Depot three ring binders.  These teens have come a long way in the two years that I’ve known them and now they’re getting a chance to tell their story and take it on the road to another community.