Right now is our busiest time of the year. Last week was especially crazy. I hosted an author event featuring our One Book author Tony Horwitz (http://www.morianevalley.edu/confederates), I chaired a department meeting, co-chaired a cataloing meeting in prep for RDA, attended a House of Delegates meeting for our union, met with our director of assessment about our annual assessment plan, and taught a couple of classes. But, out of all of this, the coolest thing I did all week happened at the reference desk.

I was doing my normal reference shift, and a student came up to the desk. He was a traditional aged student (18-20 years old), and he had a look of panic in his eyes. He had a necktie in one hand, and he asked me if I could help him tie it. He sheepishly told me that he had an interview, but never learned how to tie a tie. It was clear that he was a bit embarrassed. Of course, I told him no problem, and I untied my own tie. I had to stand next to him so that we were facing the same direction. I took him through each step, one by one. We did it a couple of times so that he felt comfortable, and I felt that he would be able to do it again on his own.

The student was very appreciative. I could feel his sense of relief. The thing that was stressing him out the most over his upcoming interview was tying a necktie. I have to say that this was one of the more meaningful reference transactions that I have had recently. I could feel the student’s frustration and embarrassment to ask this question, and I could also feel his appreciation for the time I spent with him. Now, I am probably way down on the list of people from whom you’d want to take fashion advice. Most mornings, I am grateful that my wife helps me to match my own tie with my shirt. But, I think we all can relate to being a young-adult and feeling intimidated by entering the working world. This was one of those interactions that happens that they can’t teach you in library school. They can’t help you feel what it is like to really help someone in their moment of need and panic.

Yes, I know just helped a student with a tie, so I don’t want to blow this too far out of proportion, but I also know that these are the kind of interactions that happen at reference desks and in classrooms across the country. Patrons come to us because they may not have other places to go. We live in a time where being a public employee is not glamorized, and in some circles, is even demonized. But, those of us who are active in our communities also know the difference we make.

Troy A. Swanson is Department Chair and Teaching & Learning Librarian at Moraine Valley Community College. He is the author of the upcoming book, Managing Social Media in Libraries. You can follow him on Twitter at @t_swanson. 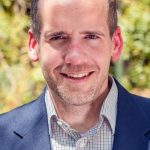 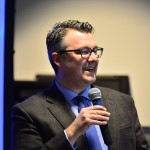 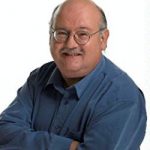 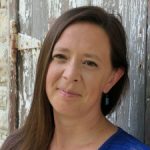