The most democratic book project I know is about to relaunch – Here is an article I wrote for the German library magazine BUB as member of the Zukunftentwicklers network – With a few corrections because a lot has happened with Unglue.it since the deadline: 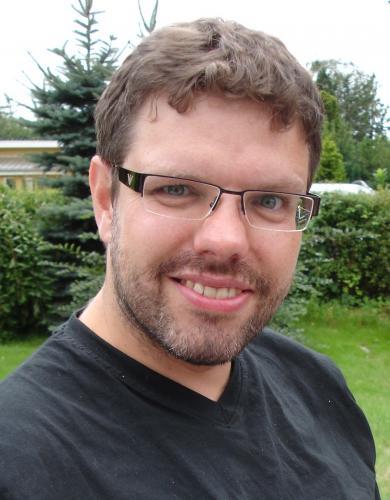 What is crowd funding and what does it mean to unglue?

To unglue a book means that you buy the rights to the book and then pass them on by giving the book to the world for free to read in any e-book format and on any device – without DRM or time restrictions under a creative commons license. But you don’t do it alone. You chirp in a little and so does a lot of other people who think it is important to free the same book. This is called crowd funding. When you crowd fund (and unglue) the project you support has a deadline and the money needed must be raised before the end of this deadline or the project fails. If the money is not raised before the deadline – you don’t loose your money – because the amount you pledge is not drawn from your account unless all the money needed is raised.

The good thing about Unglue.it as I see it is that everyone is a winner. The author gets paid for his work and the world gets unlimited access to the book – What’s not to like about it? I think Unglue.it is the most democratic book project you can imagine.
The first book has already been unglued and is therefore yours too – it is “Oral Literature In Africa” by Ruth H. Finnegan – 278 world citizens participated in unglueing this book raising 7500 dollars – The e-book version is available for download from the Unglue.it website. You can go to Unglue.it to learn more and make your own pledge to give the gift of a book to the world.

Libraries, ebooks and freedom of information

In the current e-book market it is very hard for libraries to purchase and lend out ebooks to the public. This fact is making it darker times for universal access to information for the first time in decades. Lots of titles can’t be offered because the biggest publishers in the US are not working with the libraries there, and in Europe EBLIDA is doing work to get better deals here too. Booksellers say libraries are a threat to the ebook business even though research shows that libraries increase book sales – not the other way round. The current situation looks like a library nightmare. Though the focus for modern libraries shift from collections to connections it is still important that information will be more freely accessible in future – not less. There are also privacy concerns with some of the models in which libraries and we as citizens can purchase ebooks today. Booksellers can erase books from our devices (it has been done!), can spy on us to see what we read, underline and bookmark in our ebooks etc. Libraries do not own ebooks. They license them – and can’t lend them out limitlessly on most contracts.

The e-book formats are not universal and library e-book services are often hard to use limiting potential use because of technical illiteracy and difficulties.

The values behind Unglue.it contribute to another voice in the debate on the future of ebooks, libraries and access. If Unglue.it becomes a universal success the role of libraries on the e-book market will be (almost) obsolete because they will have provided all ebooks freely available for us all in every digital format without DRM and without spying on the reader etc. This is basically a very librarianish goal… – but there is still a long way to go.

One important thing when crowd funding is that your project tells a story that is important to the possible contributors. You need to see that what you are contributing to will make a difference to someone and will be making the world a better place. This can be a tricky thing for a project like Unglue.it because everyone can agree that universal access to good books is an important issue – but what if the title does not appeal to me? Sometimes it is easier to raise a lot of money for a cause broadly known than for a work of art very few people know.
Crowd funding is not a new thing. It has been used to collect funds for helping out after natural disasters for many years and political parties are crowd funded by their members etc. Barack Obamas campaign for the presidential election 2008 was partly crowd funded like many other presidential campaigns have been. The new thing about Obamas campaign was that so many people contributed even if the amounts were small – a lot of people “owned” the campaign. These are all examples of projects that their supporters meant would make the world a better place.

In the library field successful crowd funding campaigns include Buy India a Library where 100 people from all over the world funded the building of a library connected to a school in Mysore, India including books, newspapers and wages for the staff for two years. The campaign raised more than 3000 Euros in less than two weeks and it was more funds than needed. Therefore it additionally funded four donkey drawn mobile libraries in Africa. The thought about opening a library in a world where a lot of libraries were closed appealed broadly.

The Uni is a reading room for public space that is also funded via Kickstarter and even though it is based in New York City there are now a new Uni in Kazakhstan too. It provides a flexible library like outdoor space for reading, showcasing learning and one of its aims is to improve public space.

Jan Holmquist is a librarian working with library development in South East Denmark at Guldborgsund-bibliotekerne. He is also a global librarian, Zukunftsentwickler, blogger, Tweeter and crowd funder – member and co-founder of the Buy India a Library team and Help This Week in Libraries team.