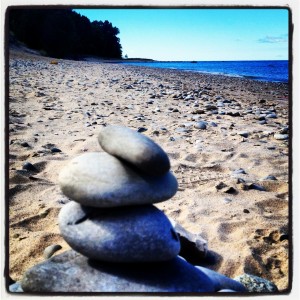 Malcolm Gladwell famously defined the “tipping point” as that magic moment when an idea or practice crosses some invisible threshold, tips, and spreads widely throughout a culture or society.  Lately I’ve been wondering if the practice and benefits of mindfulness meditation are hitting that tipping point.

The many benefits of mindfulness meditation have been known to Buddhist monks and western scientists alike for many years.  But it is only recently that mindfulness seems to be recognized in the workplace as a valuable practice worth promoting and fostering among employees.  In the past few months there have been a flurry of articles in publications ranging from Forbes and the New York Times, to The Chronicle of Higher Education, reporting on the benefits of mindfulness and the increasing adoption of the practice in businesses and organizations across the country.

Show me the Research

Some of the recent media coverage was generated by a study published in March, 2013 in the journal Psychological Science, by researchers who found that a two-week mindfulness training program resulted in decreased mind-wandering and improved memory.  Likewise, a study published by the National Science Foundation (NSF) in 2012 reported that meditation could increase one’s focus and ability to deal with distraction. The NSF research showed that those who received meditation training were more focused in their work, switched tasks less frequently and spent more time on each discrete task, while also seeing a reduction in stress and an improvement in memory.

These experiments only added to the growing body of neuroscientific studies that show that meditation improves emotional regulation, attention, and other aspects of what is known as emotional intelligence, or “EQ.”  And it is this demonstrated improvement in emotional intelligence that has attracted the attention of mainstream businesses and opened the door to more widespread acceptance of mindfulness meditation in the workplace.

Search Inside Yourself: A new kind of leadership institute

Google is perhaps the most notable company to embrace mindfulness meditation, citing improvements in employee EQ and the attendant benefits to the teamwork, creativity, and productivity in the workplace. To what extent has Google embraced mindfulness?  So much so that they’ve created a leadership institute cheekily dubbed, “Search Inside Yourself”, which focuses on developing five key aspects of emotional intelligence: self-awareness, self-regulation, motivation, empathy, and social skills. Originally conceived as in internal leadership offering, Google is now offereing their institute to the world, putting videos of the curriculum online, and publishing “Search Inside Yourself: The Unexpected Path to Achieving Success, Happiness”, authored by Chade-Meng Tan, Google’s very own “Jolly Good Fellow (which nobody can deny).” How’s that for a job title!?

Keep in mind that Google, for all their California new-age vibe, is at heart a company of engineers; of scientists. They are trained to be highly skeptical, focus on data, and care only about obervable results.  As Tan points out in Search Inside Yourself, Google has gone all-in on mindfulness for one reason: It works. And it’s not just super-rich, California-new-agey, “do no evil” Google that has wrapped its organizational arms around the benefits of mindfulness. In a wide-ranging article published in March, 2013, the Huffington Post reported that one quarter of U.S. companies, including General Mills, Aetna, Apple, Nike, Procter & Gamble, Target, and AOL have instituted mindfulness programs.  William George, Harvard Business School professor and former CEO of Medtronic, explains why businesses across the country are adding meditation rooms and fostering mindfulness.  George says, “The main business case for meditation is that if you’re fully present on the job, you will be more effective as a leader…you will make better decisions.”

So why is mindfulness meditation so effective?  Why does it result in improved emotional intelligence, and therefore improved work relationships, creativity, and problem-solving ability?

In a word, happiness.

In his book, Search Inside Yourself, Google’s Chade-Meng Tan writes, “What I really care about is happiness for my coworkers.  That is why emotional intelligence excites me.  It doesn’t just create conditions for stellar success at work; it also creates the conditions for personal happiness for everyone.”  In his book, The Happiness Advantage: Seven Principles of Positive Psychology That Fuel Success and Performance at Work, Shawn Achor reviews a decade’s worth of research suggesting that happier employees are more also more productive AND more accurate.  (Achor also gives a pretty mean Ted Talk.)

And happy employees are not only more productive and accurate, they are also… wait for it… contagious.  Yes, we actually catch happiness from each other.  Research from the Harvard Medical School and the University of California suggests that happiness spreads through social networks “like a virus” finding a “statistical relationship not just between your happiness and your friends’ happiness, but between your happiness and your friends’ friends’ friends’ happiness.”  (Researchers find that sadness is contagious too, but not as contagious as happiness.  Yay!)

Since mindfulness meditation leads to happiness, and happiness makes us more focused, productive, and accurate, AND happiness is contagious, it easy to see how a positive, reinforcing loop of happiness and productivity can easily be set in motion by a few people sitting quietly for a few minutes a day.  And I think that’s pretty cool.

Of course, all of this research around the benefits of happiness will likely come as no surprise to librarians considering that as far back as 1899 none other than John Cotton Dana was sharing his view (in A Library Primer) that the public library is a “center of public happiness first.”  And I think that’s pretty darn cool too. 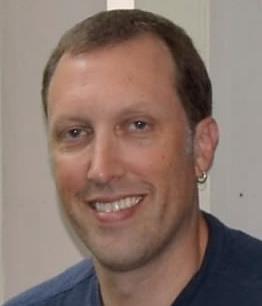 Peter Bromberg is just a simple librarian trying to make it in this crazy world.  He is also the Associate Director and the Princeton Public Library in Princeton, NJ.  He has meditated on and off for 25 years (currently on.)  He occasionally tweets at @pbromberg and blogs at CuriousKind.  His website is http://peterbromberg.com/

For information about the beneficial physical effects of meditation on the brain see: