The White Plains Public Library is doing some amazing things with their teens (claymation, LEGO catapults, and more) with Teen Librarian Erik Carlson at the helm.  Recently, they finished up a minute long PSA about distracted driving.  I’ll turn it over to Erik for more:

This idea came from a film maker last year. He wanted to work with the library & the only money we had was from a grant from the Allstate Foundation. It was a large project where over a dozen teens worked on a PSA that lasted 5 minutes. We took that as a learning experience.

This year we found another local film maker named Mike LaVoie. I contacted the White Plains High School SADD chapter to see if they would like to work on the project. We had a smaller group…I think there were about 7 teens altogether. Mike put togethera no-budget script and explained it to the teens. I (Teen Librarian Erik Carlson) worked on locations, the library parking garage, a co-workers home & a local cemetery. Mike showed them some movie magic to make the car to appear to be moving, using fake smoke, lighting tricks. I came up with the eye drops for tears & one of the teens was able to talk a local medical supply store to loan us a wheelchair for the afternoon (this was a last minute thing).

You can check out the final cut of the PSA here: http://frontboxcreative.com/wplains 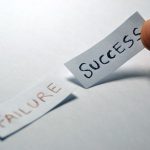