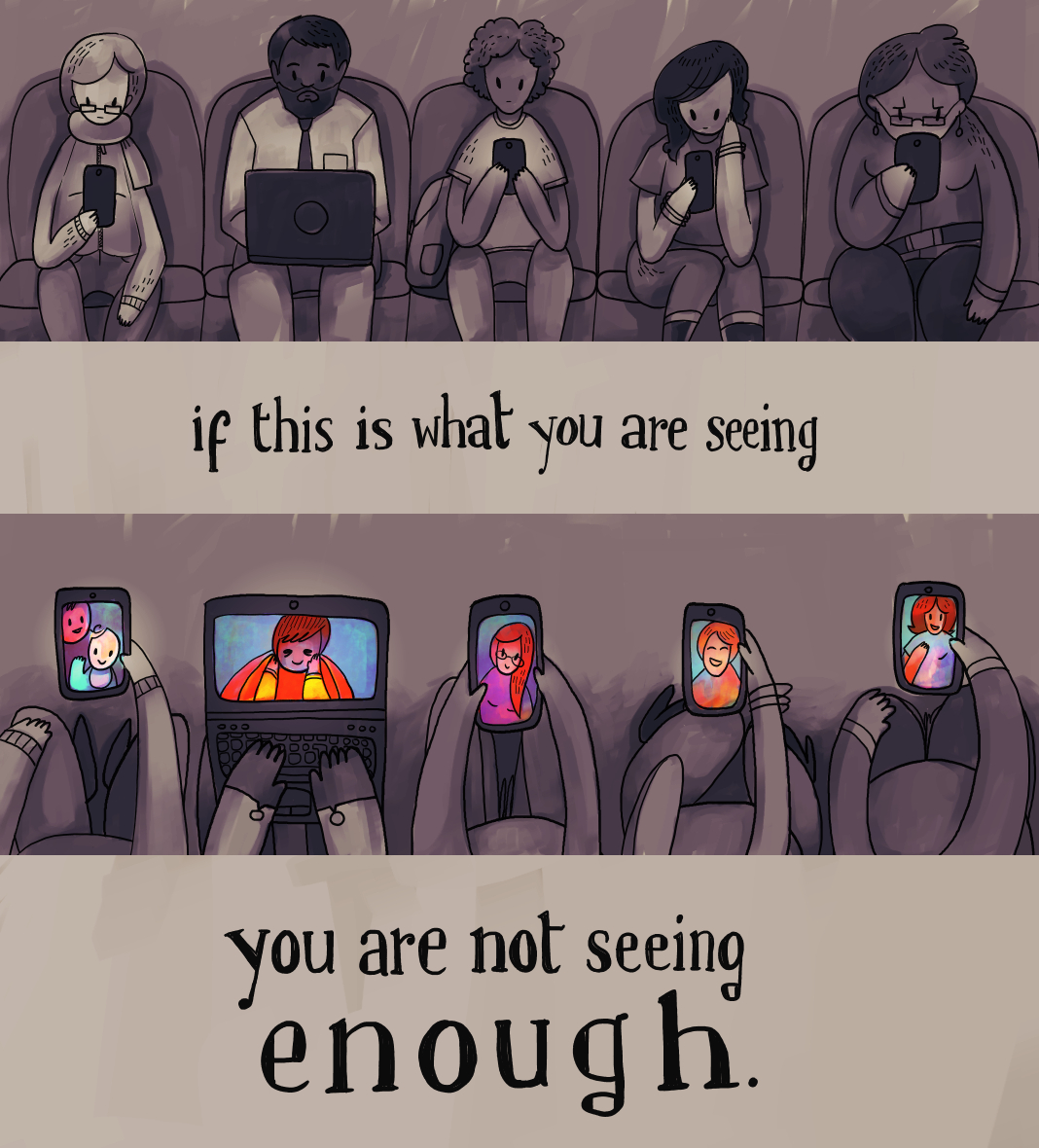 I know it’s trendy to fight the system and cry that we are all becoming slaves of technology, but this attitude overlooks that computers and phones are tools for communicating. When someone thinks I’m an idiot smiling at a machine, I’m actually smiling at my girlfriend who is 10000 miles away and whom I would have never met if not for these newfangled electronics. As they say: when the wise man points to the moon, the fool looks at the finger.