“Librarians must create new nostalgia,” urges Palfrey, former director of the Harvard Law School library and one of the planners behind the Digital Public Library of America. Though people still have a positive attitude towards libraries, Palfrey says this is based on nostalgia for the old model of libraries as places that collect and provide access to print materials. This nostalgia is dangerous because such a model cannot be sustained as more and more information goes online. The book presents Palfrey’s vision for the role of libraries in a brave new digital world.

First, Palfrey thinks the physical library will remain important as the locus for various services, if not as a storehouse for books. The library building provides quiet study space, a meeting place for collaborative learning and discussion, and a venue for “uplifting, informative programming.” It can enable not only the consumption of information but its production as well, through resources such as makerspaces and media labs where teens create 3D models, music, and videos. The physical presence of librarians, Palfrey says, is also crucial to help patrons find and evaluate information. (Though there are virtual reference services, Palfrey cites statistics that show patrons still prefer face-to-face assistance.) From a social justice perspective, library buildings provide internet access to those patrons who can’t afford it.

Second, Palfrey argues that libraries can make vital contributions to the burgeoning world of online information. To help provide access to quality electronic information to the public in a usable, organized fashion, free of corporate interest, libraries should collaborate both with each other and with people such as programmers, graphic designers, and user experience specialists. The sheer amount of electronic information demands such cooperation. He sees consortia of libraries as best poised for the daunting task of digital preservation as well—everything from electronic books and government documents to tweets and emails. Palfrey proposes a role for user participation in this: for instance, allowing library users to digitize and upload their historically significant media, or opening up digital archives to crowdsourced volunteer cataloging or other metadata creation.

Not surprisingly given his law background, Palfrey includes a chapter on how copyright law should be modified so that the doctrine of “first sale” applies to e-books as well, allowing libraries to lend them out no differently than they do printed volumes.

Palfrey does recognize that there is still a lot of information only available in print, as well as a significant number of users who prefer the print format. So in the short term, libraries will not abandon their traditional model completely. But in the long run, libraries will need to strategically position themselves in an increasingly virtual world if they are not to share the fate of the video store.

Just how revolutionary is Palfrey’s manifesto? In fact, his suggestions have been implemented in various libraries for a few years now. In 2011 the first modern library makerspace was installed at the Fayetteville Free Library in New York (McCue, 2011). Two years before the publication of Palfrey’s book, North Carolina State University unveiled its new James B. Hunt, Jr. Library, which features multiple production facilities such as a video game lab, the Teaching and Visualization Lab that facilitates the creation of 3D simulations, and the Creativity Studio for multimedia production (Schwartz, 2013).

User participation in digital preservation isn’t a new idea either. Such programs have already been implemented in places such as DOK Delft, where patrons can upload their own historical photographs to the library’s digital archive (Boekensteijn, 2011). Another of Palfrey’s suggestions in the book, volunteer crowdsourced cataloging of digital information, has also been anticipated by programs such as the Library of Congress’s Flickr Commons Project, which started in 2008 and allows anyone to add keywords to tens of thousands of historical photographs, or the Smithsonian’s Transcription Center which solicits online volunteer help to transcribe historical documents (Zastrow, 2014).

So Palfrey is less of a bleeding edge visionary than an impassioned advocate for trends which are already afoot in the library community. One development he doesn’t address, however, is in the area of library management. Some library leaders see the need for a new vision of organizational culture to accompany the revolutionary changes in library services. They argue for an organization which is less hierarchical, more transparent, and more open to continuous innovation (Casey & Savastinuk, 2009; Denning, 2015). With his experience as a library director, Palfrey could likely have provided valuable insights on this topic.

One might also ask whether the transition to digital media will be as total as Palfrey seems to envisage. Just as Palfrey himself notes that many patrons seek face-to-face assistance from a librarian despite the availability of virtual reference services, so there is evidence that many patrons still prefer print books to digital books (“2015 ebook,” n.d.). And this is not necessarily going to change with the rise of a younger, more digitally-savvy generation; as one library director recently observed, “teens seem to really, really hate e-books” (Kenney, 2014). Hopefully libraries don’t take Palfrey’s manifesto as justifying an indiscriminate purge of analog.

Kenney, B. (2014). The user is still not broken. Retrieved from http://www.publishersweekly.com/pw/ by-topic/industry-news/libraries/article/60780-the-user-is-still-not-broken.html

Palfrey, John. (2015). BiblioTech: Why libraries matter more than ever in the age of Google. New York, NY: Basic Books. 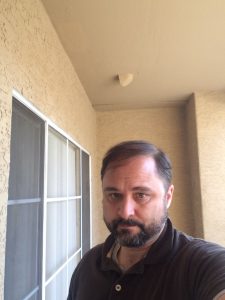 Charles Seymour is a Post-Master’s Certificate student in the School of Information at San Jose State University. After 13 years of experience as an academic librarian in traditional roles such as collection development and reference, he is now focusing in his studies on emerging technologies and digital services librarianship. He has contributed book reviews to Library Journal and Choice magazines and published scholarly works in philosophy. He enjoys hiking the mountains of metro Phoenix when the temperatures aren’t in the triple digits.