Grounded, but with one eye on the horizon

And it is not just knowledge that is improved by pausing. So too, is the ability to build trust, “to form deeper and better connections, not just fast ones, with other human beings.”

I just finished reading two thought-provoking books, made all the more interesting because I read them back-to-back and in the context of the last few weeks’ class readings, on similar themes: Thomas Friedman’s Thank You for Being Late: An Optimist’s Guide to Thriving in the Age of Accelerations (and isn’t that an interesting and provocative subtitle!) and David Sax’s The Revenge of the Analog: Real Things and Why They Matter (likewise!)

Sax’s premise: everything Friedman says is true, but there’s a also parallel countertrend, shaping and shaped by the digitization and acceleration of everything. An intentional slowing down, a revaluing of the tangible.

But the unintended consequence of that is: as predictive analytics get better and better about solving our problems before we’re aware of them and predicting what we want to buy, consume, and interact with, as push technologies deliver (deliver what? everything!) with ever more smooth facility, there’s less room for inefficiencies. But inefficiency is where the magic happens. And we need that. Human beings need tangible, imperfect, serendipitous, complex interactions and connections, for building mental maps of the social world, which is, in essence what makes us human in the first place.

(And sometimes it is the physicality of processes at human scales that’s more efficient, in ways that are fundamentally different from machine-efficiency, directly because of that serendipity and imperfection: designers have rediscovered the power of sketching in rapid prototyping, a small print run magazine can still be sold for more than it costs to produce, and physical film and sound recordings capture expressive content that ever-increasingly complex and expensive digital postproduction software still struggles to imitate.)

How do we enable “luck”?
How do we establish communities
that thrive on the unexpected?

Both the Horizon Report and the IFLA Trends Report (which explicitly references the principle of perpetual whitewater) deal with the idea of balancing change management and core library principles: planning for open access and new media, integrating user-centered design and horizontal organization, are essential, but they’re the how, not the what. The what hasn’t changed: literacy, information navigation, and equitable access; conceptual and physical spaces for learning, self-actualization, and community-building. The environment in which libraries operate has changed and is in a state of constant change and adaptation and redefinition, and the prospect of keeping ahead of that can be daunting and exhausting, but when I look closely at all of these trends – both the accelerating, flattening, automating trends and the human-centered, collaborative, engaging, analog trends – what I find is the commonalities between them articulating and clarifying our purpose and our role.

And that’s basically always been true, hasn’t it? We continually move our own goalpost; we create our own  challenges; and with each iteration of professional practice, the better we understand what is at the center of what we do, the better we get at it. We’re still figuring out that “all people” means “all people,” and we have a tremendous amount of work to do, but we have a clearer understanding than we did in 1993 or 1961. We’re still testing the limits and possibilities of what it means to be a physical space in an information environment, we’re experimenting creatively, including embracing the ability to fail. We’re realizing that if we are serious about connecting people to knowledge, it also has to be skill-based and experience-based and community-based knowledge,  and we’re making those connections in creative and innovative ways. We’re accepting that we can’t be institutions that support and advocate for our patrons’ individual agency without being workplaces that do the same for our staff, and we’re rising to that challenge.

All of these things are obvious when we center fundamental professional values; what gets in the way is just noise.

ALA (1993). Access to Library Resources and Services Regardless of Sex, Gender Identity, Gender Expression, or Sexual Orientation: An Interpretation of the Library Bill of Rights.

ALA (1993). Economic Barriers to Information Access: An Interpretation of the Library Bill of Rights.

Friedman, T. L. (2016). Thank you for being late: An optimist’s guide to thriving in the age of accelerations. New York: Farrar, Straus and Giroux. 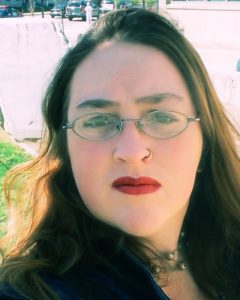 Beth Harper is a public services paralibrarian living in historic central Denver and working in the western foothills under the shadow of the Front Range, and an MLIS student at San Jose State University. As Elizabeth Biehl, she writes on SF/F literature and community, art and culture, and occasionally librarianship at www.edgeofcenter.com.