March 8, 2010: Geneva: Program with AILIS librarians and tour of CERN

March 9, 2010: Geneva: Tour of UN Library & program with senior librarians, followed by program at US Mission.

March 10, 2010: Hamburg: The Hyperlinked Community Library at the Hamburg State and University Library

March 12, 2010: Tour and meetup with librarians from http://zukunftswerkstatt.wordpress.com/ followed by an evening event: “a get-together with other librarians, social media specialist and cultural manager to exchange and discuss ideas at a nice location in a relaxed atmosphere.” FUN! 🙂 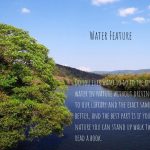 One thought on “Upcoming Presentations”