Do not miss this post at In the Library with a Lead Pipe:

Is the United States Training Too Many Librarians or Too Few? (Part 1)

Some questions from the essay:

Should library schools admit fewer students? Is the admissions process sufficiently selective? Are library school curricula and graduation requirements too similar or too distinct? Are they providing their students with the skills they need in order to get hired and do useful work? Should there be licensing exams for librarians? What data would we need to collect in order to come up with useful answers to these questions?

I thought this would be the easy part of this essay. With the help of a Presidential Task Force on Library Education, ALA’s Committee on Accreditation updated its Standards for Accreditation of Master’s Programs in Library and Information Studies in 2008 and released a statement of Core Competencies in Librarianship in 2009; it also released a revised second edition of its Accreditation Process, Policies, and Procedures in 2011. As is demonstrated in aLibrary Journal article by Norman Oder on the Presidential Task Force on Library Educationand in the Committee on Accreditation’s own Standards Review blog, many within the information professions take the accreditation process seriously, and there can be significant debates surrounding accreditation policy.

ALA’s Office of Accreditation helps to vet applicants for the External Review Panelist pool, and also supports the accreditation process by maintaining a directory of currently accredited programs, as well as a list of all programs accredited since 1925. However, no one at ALA officially knows how many students graduate each year from the programs it accredits. When I asked for this information, I was directed to ALISE, the Association for Library and Information Science Education, which produces an annual Statistical Report.

The ALISE reports, which are compiled from questionnaires submitted annually by each accredited program, provide a great deal of data and analysis. However, I discovered a few problems when I tried to make use of ALISE data for this project:

I am looking forward to part two. 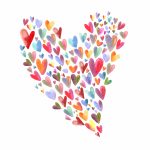