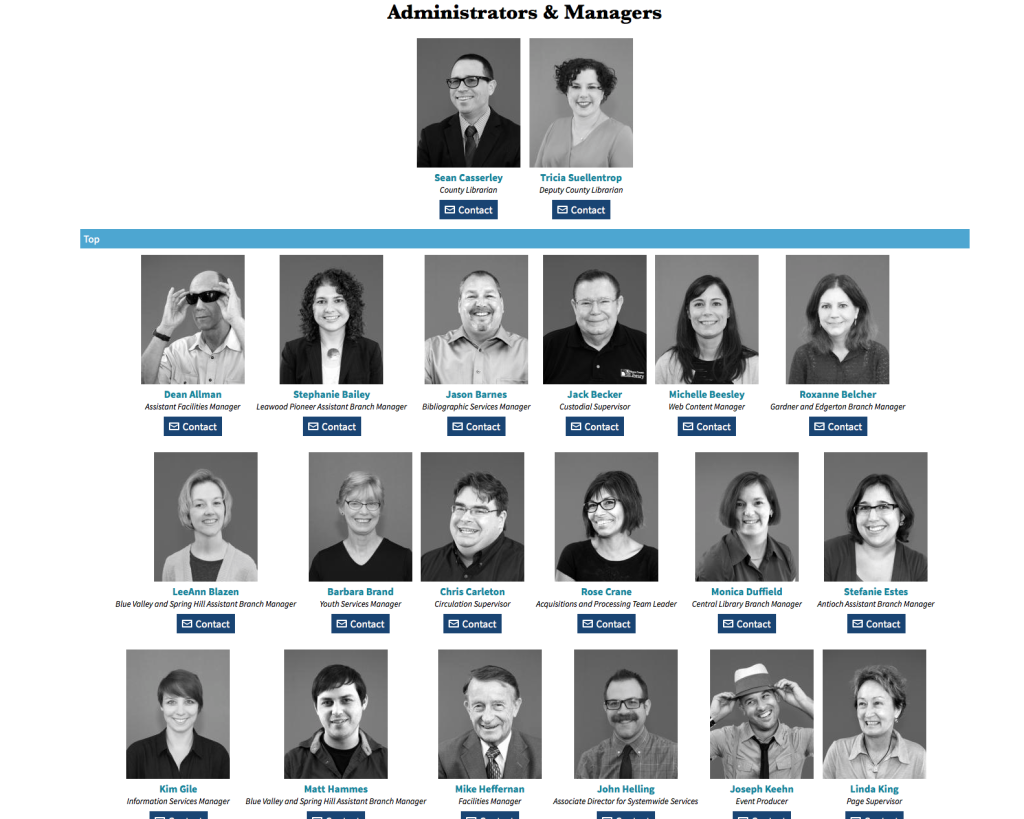 PUTTING A FACE ON THE LIBRARY

This reminds me that the library should be human. It means that behind the keyboard, behind the blog, and behind the Facebook page, there’s a person ready to have a conversation: ready to help, ready to listen.

For example, New Zealand’s Christchurch City Libraries’ Twitter page includes the photos of all of the official “tweeters” for the library. I toured Christchurch recently. The city suffered in the earthquakes of 2010 and 2011. The libraries there adapted, sometimes changing locations, sometimes working in adverse conditions. Through it all, there has continued to be this strong Twitter presence that includes the human face of the library: those six smiling folks with their initials beside the thumbnail pics. They sign their tweets, in effect saying, “This is what I have to say. I’m representing the library, but this is me and this is my sort of human face on the library.”

It pains me when I encounter librarians who refuse to share their photo online or wear a name tag while on duty. If we’re seeking to build that human connection, that human relationship, it should start there. Stephen Abram said it best to me over dinner one night: “Would you go to doctors or seek out lawyers who refused to put their picture ­online?”

So happy to see this beta version of the new Johnson County Public Library Web site go up, including this most human, most engaging “about the staff” page.

Go here and mouse over the pics: 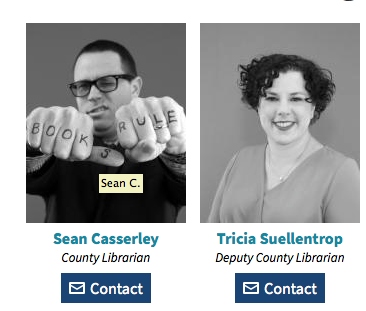 Sean Casserley, County Librarian, remarked about this on a Facebook when I shared the link:

Yes, we talk about this and thought that since you have your face in the real world it would be OK if it was in the virtual world. Our staff was awesome and really embraced the idea. I am really proud of them. Real people serving real people is how we roll at JCL.

Roll on, JCL! This is a model to replicate.