The LIS blogosphere is what brought me into librarianship. I was travelling in Tasmania more than a decade ago when I happened upon Jessamyn West’s librarian.net (still going strong!), and started the discovery process for my own career in libraries. I began spending part of my daily hour at the public terminals reading up on the issues of profession, reflections from practitioners, and linking around within a community of library bloggers. Enter the biblioblogosphere. I have just wrapped up the first semester of my MLIS, and had the amazing opportunity to delve more deeply into the biblioblogosphere in Dr. Michael Stephens’ LIBR200 course. The past few months have been spent constructing some preliminary research into the tumblarians, and considering their place within the existing research on LIS bloggers and information communities. It might be safe to assume that many of TTW’s readers are familiar with the biblioblogosphere since this is an area of special prominence in Michael’s research and many of his past posts.

For those who aren’t familiar, I’ll share here the world’s shortest review on the topic: Beginning in around the early-mid 2000s, LIS bloggers formed an informal online community of practitioners and researchers who shared personal-professional information. This community has been compared to a new form of grey literature for the profession (Powers, 2008), and bloggers themselves identified meaningful benefits from participating in these online conversations (Stephens, 2008). I’ll keep the citations brief, and just sum up the biblioblogosphere as comprising librarians who shared information and reflection on the profession, and who interlinked between one another’s blogs through conversation (e.g., commenting) and endorsement (e.g., blogrolls).

But back to the tumblarians. Who are the tumblarians, what are they doing, and are they an actual community? If the term isn’t new to you, then perhaps you’ve read Tkacik’s piece in The Digital Shift, or Power’s round-up in the Journal of Access Servicesâ€” or perhaps you yourself are a tumblarian. For myself, I’m lucky enough to know a couple of tumblarians IRL, and was able to supplement this dearth of academic research on the topic by direct conversation. Let me tell you about what I found*. A combination of tumblr (the platform) and librarian, the tumblarians are defined mainly by their use of the hashtag of the same name. Tumblarians share information on diverse topics, but library-related information does take prominence.

I found that the tumblarians bear striking resemblance to LIS bloggers, and may be candidates for inclusion in the same grouping (while the platform is distinct, it shares many similarities with more traditional blogging formats). Like the LIS blogosphere documented in the research, there is a mix of personal and professional information, a community of inter-linking, and topics relevant to the profession are discussed. That said, there are also a lot of quirky animated gifs and pop-culture references. It’s a real mix of social and information. What I find most interesting is the way that this virtual community which is embedded in tumblr and centred around libraries and librarianship, is just thatâ€” a community.

My semester long project took place within the context and conversation of Fisher and Durrance’s (2003) information communities, which stressed the ways in which communities form around information needs. Yet it seems there is more than just an information need which leads tumblarians to engage with the blogosphere. Librarianship is deeply rooted in information, and our profession centres on concepts of informational authority, balance, and accuracy. Previous LIS bloggers have described themselves as LIS citizen-journalists who discuss and engage with the issues of the profession. Yet there is editorialising too, and also a lot of irreverent and playful content. The tumblarians especially seem to embrace the social aspects of a blogging community, mixing fandom and research side by side, separated only by their use of hashtags. A blog post (even a long one) is too short a space to get deeply into the issues and themes worthy of real examination. My hope is that I will have more time to follow up with the LIS blogosphere, the tumblarians, and the ways in which librarians and library workers are engaging in discourse about our profession.

We spend so much time with information, but I’m particularly interested in how we’re communicating.By “what I found”, I need to clarify that this was not actual research but findings through informal conversation buttressed by conceptual frameworks. Hence my using the term “preliminary” to characterise my research project. 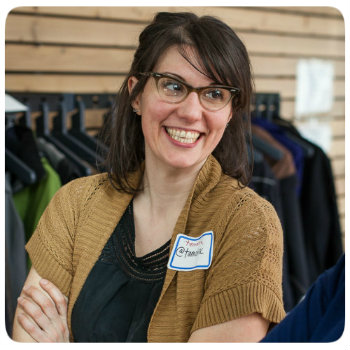 Tamarack Hockin is in the first year of her MLIS at San Jose State University, and has been a library technician for six years working in Canadian public libraries. Find her wry humour on twitter @tamahoc, or contact her to talk libraries, anytime, via about.me/tamahoc.