The local NBC affiliate profiled SJCPL’s budget issues and building projects. It gives a little more backstory for Deb Futa’s speech. WNDU leaves their stories up and open so it’s a better place to link instead of the South Bend Tribune.

It’s no secret that local governments are facing major budget cuts. The St. Joseph County Public Library is no exception. As we’ve been reporting, the library has been forced to cut $1.6 million dollars from its budget, each year. But despite the cuts, the library has new branches under construction. It has some residents wondering where that money is coming from?

St. Joseph County’s Library Director, Don Napoli, says there’s a very sensible answer to all of this. Napoli says the construction is part of a capital improvement budget, it’s a separate budget than the library’s operating budget. He says the new buildings are part of a long term bond project that’s been approved for awhile.

Napoli says the operating budget has taken a hit since property tax revenue has dropped significantly. He says by law the money from each budget (operating and capital improvements) can’t be swapped or traded. Napoli says it’s been tough to explain this concept to some library patrons, many are upset over the library being closed on Saturdays during the summer.

But officials say the good news is the new facilities will ensure the library has a good future as things continue to change in technology. “These expansions will actually save us a great deal of operating expenses over the long term,” says Napoli. “A lot of things are going to go electronic, of how we do things in our buildings, including the four city branches that are being designed with new technology.” 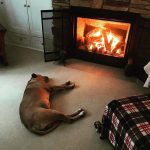