I was working last week on various writing projects and updating presentations when it struck me I should check in and see if my hometown library Mishawaka Penn Harris Public Library had relaxed the ban on Facebook and MySpace that I wrote about on TTW and that Michael and I covered in the our LJ column. I called the library and spoke with the public relations person. Through the course of our conversation, I mentioned that I had sent the column draft and links to all of the online discussions to the library adminstration last year just as an FYI. It turns out the administrators never received the email. The very same day I received this letter from Victoria Gutschenritter, Assistant Director at the library:

Last year at PLA I remember that you and others mentioned to me the article in Library Journal as well as the comments on your blog about the ban of social networking. Unfortunately I don’t recall receiving a copy of the article before it was published, information of the publishing deadline, or information about a deadline by which you would like a comment from our library.

Since mid-December 2008, we have been using SAM, Smart Access Manager software made by Comprise, to sign up patrons with MPHPL cards (or patrons who are eligible for visitor passes) to computer access, monitor their time, and charge before printing at all of our locations. This has helped increase turnover so that more computers are available to patrons.  With the increased requests for Facebook by patrons to communicate for social and business purposes, the Library Board of Trustees is considering allowing access to Facebook on a trial basis. A final decision has not yet been reached. Any breaches of the patron code of conduct will be dealt with in a timely manner to maintain a safe environment for all. If the Library is forced to increase its security hours, the trial will not become a permanent change.

Thank you for your continued interest in your hometown library system.

I am happy to get this news from Mishawaka and I hope the board quickly decides to get rid of the ban on Facebook. I pay yearly property taxes in the city and I hope my hometown library will see the importance of offering access to one of the most used social sites around. In the past few months, all the folks I knew at good ole Mishawaka High School have found their way to Facebook. It’s a shame many of us who still live in town couldn’t get to our profiles, walls, inboxes and apps at the library. I also use Facebook in my teaching – and shouldn’t resources used for education be available at the public library?

I would also invite the adminstrators, librarians and staff at MPHPL — and citizens of Mishawaka if they ever find this blog — to share their thoughts here or at the original TTW post. I’m very interested in what they have to say! 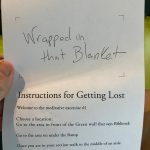 5 thoughts on “News from Mishawaka Library on Facebook Ban”