Skip to content
Home » Information Professionals » What Pizarro and the Inca can Teach Librarians: Why Libraries Should Not Be Part of IT – A TTW Guest Post by Dr. Troy Swanson

Legend has it that In 1532, Pizarro overthrew the Inca Empire with 168 men. Librarians have much to learn from history.

I have been working my way through Charles Manns’ eye opening and complex book 1491: New Revelations of the Americas Before Columbus. Mann challenges us to rethink what we know about Native American culture demonstrating that pre-Columbian American culture was just as “advanced” as European culture.

Mann also shows that the conquest of native society was made possible by many factors, especially the impact of disease. As you may have guessed, Pizarro did not overthrow the Inca Empire with 168 men. The Inca fell largely due to civil war. Mann shows a pattern in the Americas of native factions partnering with Europeans for short-term gains aiding in their long term demise. This happened many times including in the fall of the Aztecs and, notably, in the tolerance of the Pilgrims at Plymouth.  Continually, fringe groups of natives, usually those outcast by the dominant party, used the Europeans to upset the balance. In most cases, especially early on, this allowed meager, poorly- supplied bands of Europeans to gain a foothold and reinforce their numbers pushing existing native residents further and further west. Nearly 200 years after Pizarro, the Iroquois joined the British while the Algonquin joined the French in the French and Indian War.

I don’t mean to trivialize one of the tragedies of history that some people consider a genocide, but I also can’t help but think about libraries as I am reading such an engaging text as Mann’s 1491. Libraries should note the strategy and failings that Mann highlights: short-term gain, long term failure.

This hit me as I read Kevin Kiley’s article in Inside HigherEd “Integrated Solutions” (September, 23, 2011) that explored the merger of academic libraries and IT departments. This is a trend that has been discussed for many years, but one that I have about more often. To some, this really makes sense.

Kiley quotes Bob Johnson at Rhodes College as saying  “It’s increasingly difficult to see where the demarcations are between IT and library functions…Customers get better service when there aren’t artificial divisions, and you reduce the amount of internal competition and get better at providing services.”

It’s not just that libraries and IT are different. Libraries and IT philosophically interface with the goals of colleges and universities in different ways. Libraries are more than just a support service. If libraries are successfully serving their communities, they must connect with their users at a content level, which in higher education means at a curricular and research level. They are not providing a content neutral infrastructure. They must make decisions about content. More importantly, they must recognize and be present at the points where knowledge creation occurs. They have to be a participant in that ultimately human, magic moment of discovery and creation. Libraries and librarians, when at their best, are not simply support services. They are active participants in the synergistic crossroads of knowledge.

From an organizational view, which is what this is all about, libraries live and operate on the academic side of the house. They must be present in discussions of curriculum. They must be a voice in the research agenda of the organization. They are not just database providers and book buyers. They are in classrooms. They are partners to researchers.

Anyone who has sat in budget meetings and battled for organizational support knows that technology is sexy and administrators love to throw money to IT. I can understand why library directors may want to report into IT to get a cut of the action. My fear is that librarians and the management of libraries are pulled away from the academic mission that decades from now libraries will be just seen as database providers and book buyers.

Remember Pizarro and the Inca 1532.

Troy A. Swanson is Department Chair & Teaching & Learning Librarian at Moraine Valley Community College. You can follow him on Twitter at @t_swanson. 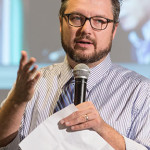 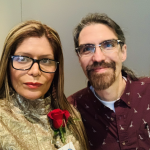 3 thoughts on “What Pizarro and the Inca can Teach Librarians: Why Libraries Should Not Be Part of IT – A TTW Guest Post by Dr. Troy Swanson”