The Napster MP3 store has over 6 million songs that will be sold without any Digital Rights Management (DRM). This allows customers purchasing music from Napster to load their songs on virtually any MP3 player, including Apple’s iPod and iPhone.

Songs on Napster’s download store will sell for 99 cents and albums will cost $9.95 — pretty much the same price as Apple’s pricing on iTunes.

Currently Apple’s FairPlay DRM restricts the number of computers a user can have registered to play songs purchased from the iTunes Store, a restriction some users have complained about in the past.

In an open letter last year, Apple CEO Steve Jobs said he would sell DRM-free music on iTunes if the big four record companies would allow it. Two months later, Apple and EMI rolled out iTunes Plus, which allowed users to download DRM-free songs.

Napster says its 6 million DRM-free song catalog features songs from all the major labels, as well as thousands of indies. The company will still offer subscriptions to those users that would rather pay the monthly fee.

Napster joins Amazon in the list of companies trying to tackle Apple’s dominance in the online music business. Amazon launched its MP3 store in September 2007.

Even with the increased competition, Apple became the number one music retailer in the U.S. in April 2008, beating out Wal-Mart. 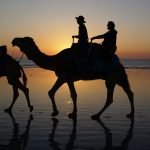 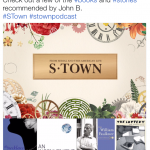