The discussion around ACRL’s new Information Literacy Framework for Higher Education is quickly growing and deepening. As a member of the Task Force that created the Framework, it is heartening to see. (As I have noted in the past, I am a member of this Task Force but I do not speak on behalf of the Task Force here.) One area of discussion that interests me has arisen from librarians interested in critical pedagogy and critical information literacy (the application of critical pedagogy to information literacy instruction). In response to the second draft, a group of librarians has issued a call for a stronger statement within the Framework on civic engagement and social justice.

Thus, as I participated in the work of the Task Force, I kept the values championed by critical pedagogy in mind, and I know that many on our Task Force did the same. I believe that these issues came through in the draft document and I’d like to point out how the new Framework connects with critical information literacy in several places:

Information has value: by acknowledging the privilege of some voices over others and by noting some of the pitfalls of the commodification of information;

Authority is Constructed and Contextual: by noting that meaning forms around and through communities;

Research as Inquiry: by noting that inquiry can focus on society and personal needs;

Scholarship is a conversation: by noting that the scholarly record is not made up of uncontested knowledge but that meaning is negotiated and difficult;

Searching as Exploration: by recognizing that understanding search systems is a form of empowerment.

While the Task Force recognized a degree of overlap within all of the frames, this frame heavily crossed over into the other frames (as named above). The recognition of “Information as a Human Right” echoes many of the philosophies and values expressed by ALA, ACRL, and IFLA. However, I am not convinced that this particular frame is as transformative in the way that the other frames are transformative. In other words, it is not clear that one must cross this threshold in order to grow toward information literacy. Threshold concepts define areas of knowledge required for mastery of a subject. This frame felt more like an application (knowledge practice) within the other frames. This seemed like an approach that one would use through assignments to advance the threshold concepts, “Information Has Value” or “Scholarship is a Conversation.”

Additionally, a frame that emphasized social justice issues would make (or appear to make) a political statement for the sake of being political. When compared to the other six frames, this one stood apart. It felt less like a definition of interaction within the information ecosystem and more akin to a values statement. Considering that its key components were part of the other frames, “Information as a Human Right” didn’t fit the Framework. 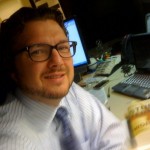 As I noted previously on this blog, I believe that this Framework should be a living document and that part of its value is the opportunity to create a research agenda for information literacy. With this in mind, I would like to see librarians within ACRL take up “Information as a Human Right” (or a related concept) and write it as a frame. Perhaps, it exists and a broader conversation would better define it?

I (speaking for me and not the Task Force) would like to see this discussion move forward. How would such a frame be written? What are the knowledge practices and dispositions that would make up such a frame? This would be useful for the discussion and practitioners who could utilize it. The Task Force is recommending that an online sandbox be created to pull together examples of curriculum that use the new Framework. The online sandbox will provide an excellent opportunity for those working with critical pedagogical approaches to share their outcomes, sample assignments, and other materials.

——-
Troy A. Swanson is Department Chair and Teaching & Learning Librarian at Moraine Valley Community College. He is the co-editor of the upcoming book from ACRL, Not Just Where to Click: Teaching Students How to Think About Information. You can follow him on Twitter at @t_swanson.